A Service of Mattins on the Fourth Sunday after the Epiphany. Service conducted by Penny Lowe BA (Hons), LLM. Organist Morwenna Campbell-Smith MA (Oxon). Director of Music: Dr Steve Coles. We are delighted to welcome back the choir of St Marys Kenardington for this Benefice service.

May 21st 9am - conducted by Anne Loat

St Mary’s Church Kenardington 22nd October 2022
We were honoured and blessed to welcome The Right Reverend Rose Hudson-Wilkin MBE, QHC, D.Litt, to the service of dedication of the recently installed 1815 Thomas Elliot Organ, a generous gift from the Michael Uren foundation.
In her homily Bishop Rose talked about the importance of music and song in life and even broke into song herself and in strong, soulful dulcet tones, she gave a short rendition of ‘From the Rivers of Babylon’ much to the appreciation of the capacity congregation.
The service was jointly led by Penny Lowe BA, (Hons), LLM. After the blessing, the organ sounded for the first time in St Mary’s competently played by organist Stephen Cole.
Photographs courtesy of Andrew Waltham 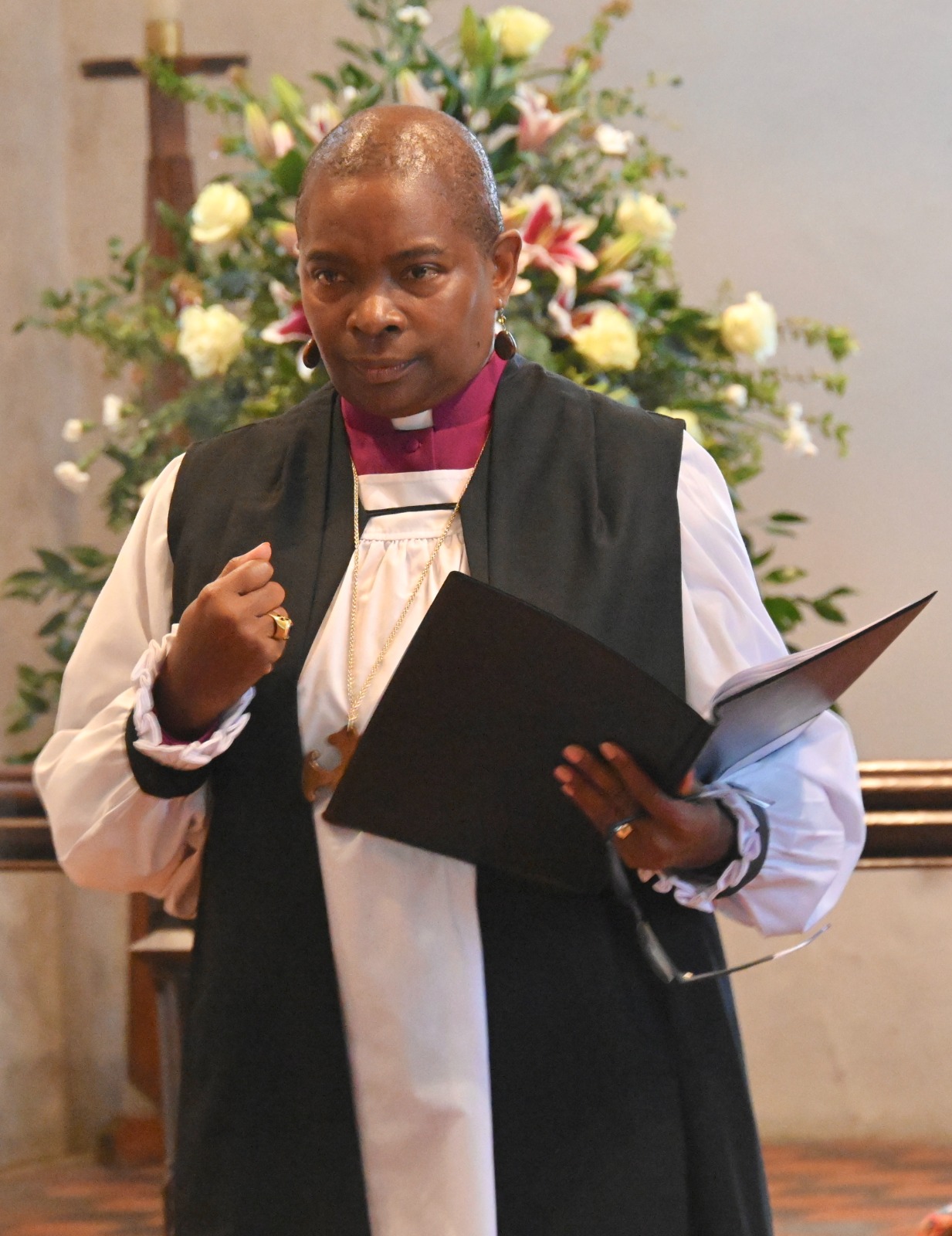 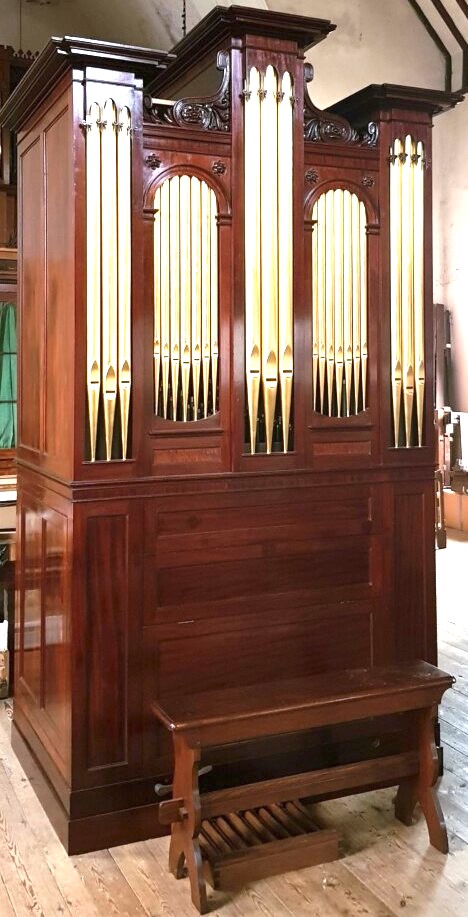 The Thomas Elliot Organ The cost of this beautiful organ has been generously funded by The Michael Uren Foundation.

St Mary’s Church lies on the outskirts of the small village of Kenardington, in a rural and beautiful location overlooking Romney Marsh. It acts as a visual beacon in the landscape, and lies on the route of the Saxon Shore Way, linked with nearby Warehorne Church. The church is Grade II* listed and and now comprises a nave with integral chancel, a west tower and south porch. However, the layout is unusual because a lightning strike in 1559 destroyed the original nave, chancel and north aisle of a much bigger church so the present nave we see today is in fact the main part of the earlier 13th century south aisle. Thus the original tower with its distinctive circular stair turret became separated from the church itself internally. The exterior is mostly of Kentish ragstone, with Caen stone dressings to the doorways and windows and plain tiled roofs. Internally the spaces are simple, with exposed timbers in the nave and chancel ceilings.

THE LOCAL COMMUNITY AND ROLE OF THE CHURCH

The Vicar and PCC were keen to extend the role of this church to include facilities for retreats and musical events as well as to provide a resting place for walkers using the Saxon Shore Way which is immediately adjacent to the church. However, due to its relatively isolated position, there was no electricity, water or drainage service to the building so these factors limited its potential for development. Services in the winter months were very challenging, as candlelight and portable electric generators provided the only source of heat and light. As the tower was cut off from the other interior parts of the church it was just used for the storage of gardening equipment. Vehicular access to the church was also very restricted. St Mary’s Church is part of a wide rural benefice comprising eight churches including the parishes of Aldington, Bilsington, Bonnington, Orlestone, Hamstreet, Ruckinge and Warehorne.

A Tribute to Sir Michael Uren

On Sunday 30th May 2021 a service was held at St Marys during which the dedication of the new Pentice room window was held.The service was well attended, even with social distancing because of current Covid restrictions, and was conducted  by The Rector, The Reverend Graham Halsall MA Mth.

Noted painter and illustrator John Doyle MBE PPRWS and friend of Sir Michael Uren, wrote and narrated the following tribute to him:

It must have been some twelve years ago that I first met Michael Uren. I had been asked to raise £60,000 to repair the roof of St Mary’s. I formed a small committee; fund raising went on apace.Among the letters we received was one from a Michael Uren who lived in a farmhouse on the outskirts of Tenterden. If I raised half the sum required he said he and a City banker friend would each contribute £15,000 to reach our target. It was a noble offer. After many begging letters, phone calls and buttonholing friends, we reached our half of the target. By return of post we received the promised cheques. Such a generous gift required a response. I wrote and thanked Mike Uren and made a date to visit Priory Farm. Uren had fallen in love with St Mary’s, its peace and lonely position on the edge of the Dowells had touched his soul.

Many others had felt the quiet presence of God in this place, including myself. It was a magical place of silence only broken by the bleating of sheep. Mike, as I shall now call him, wanted to join the tower to the church.

In 1575 I think (or about then), the church had been struck by lightning that had damaged the nave and north aisle.The Horne family, the great landowners and lords of the Manor, pulled down the north aisle and nave and turned the south aisle into the little church we see today. For nearly five hundred years the tower was separated from its church and entrance was by the south door.

Mike wanted to re-join the two. How could this be done? There should be under floor heating and, in a separate annex, a kitchen, lavatories and a boiler house. I suggested building a pentice (a long passage generally built along a wall with a row of windows on the other side).  I took Mike to see the one in the Precincts in Canterbury. We then commissioned Purcells, the architects of Canterbury Cathedral. They produced plans; Mike accepted them (albeit with a lot of alterations).

There were now three windows that we thought needed stained glass or engravings. Stained glass was rejected: it would make the interior too dark, so the glass must be engraved. We asked Purcells to find suitable glass engravers. Rod Whateley, the incumbent Rector, suggested three of the main incidents in the life of the Virgin Mary: the Annunciation, the Nativity, and, at the end of the new pentice, the Resurrection, an inspired suggestion that we accepted at once.

The Annunciation would be placed on the entrance door to the tower, the Nativity in the space left by unblocking the chancel arch, and the Resurrection in the end window of the new pentice. By a lucky chance the tower of St Michael’s, Warehorne, my own church, came exactly in the middle of the window. We stipulated that the engraving must not interfere with this God-given-gift (was it on a ‘ley line’?) We formed a small committee. Purcells scoured the world for engravers who could undertake such a major commission. From the 25 names they came up with we selected five. They submitted designs.

We chose a lady from Scotland, Alison Kinnaird, who was well known for large engravings on glass. The results you can see today and draw your own conclusion; we thought they were splendid.

Mike insisted that underfloor heating be installed, a boiler house, lavatories, a store room and a small kitchen in a separate building. This was all magnificent but it would cost hundreds of thousands of pounds (in the end about a million). Mike just said: “Don’t worry about that.” I was soon to discover the reason for his confidence.

Mike Uren left Sherbourne and joined the school just as the war broke out. (I mention this because I went to the same school two years after he had joined the Navy; it was a bond and led to friendship – the Old Boy Network!) I lunched with Mike and Janice (his partner). On the mantlepiece was a scale model of a ship. I asked what it was. “That”, said Mike, “is a model of one of my dredgers that I designed.” He pointed to a large tube on the side for sucking up the gravel and a distributor for filling the holds that travelled the length of the ship. “That must have cost a lot”? “Yes”, said Mike, “£30 million, I had three of them”. Ye gods!

Mike had left the Navy after the war and qualified as a civil engineer. A few years later he discovered that there were large deposits of gravel on the bed of the North Sea. He borrowed some money, bought an old cargo ship and started to bring in vast quantities of gravel, just when concrete was in great demand. He soon made a fortune and bought those dredgers.

He then made another shattering discovery. Slag, from blast furnaces, was chemically the same as cement.  In secret, Mike visited experts on the continent – yes his hunch was correct. Visiting all the steel makers all over the UK and Europe he contracted to take their slag for a small fee. Slag was always a curse to the steel industry. The steel makers were delighted. He shipped the slag to his site on the Thames where it was ground to powder and undercut the price of cement by 30 per cent.

Just before I met him, he sold his business for four hundred and fifty million pounds! He regarded this great pile of money and said to Janice: “This is dangerous stuff; we must get rid of it”. He put his vast fortune into a charitable Foundation. No yachts on the Med, no stately homes, no Rolls Royces. “You see”, he said to me, “I never wanted the money; the thrill was in the achievement”. He smiled and said, “Now I can go on achieving: putting my money into causes I believe in”. I wondered how many men would have done that – but Mike – Sir Mike – was not an ordinary soul!

Sadly he died before he could see his vision completed. Maybe he can as he stares down from Heaven.

A simple cross, just beyond the window, shows the final resting place of Sir Michael Uren 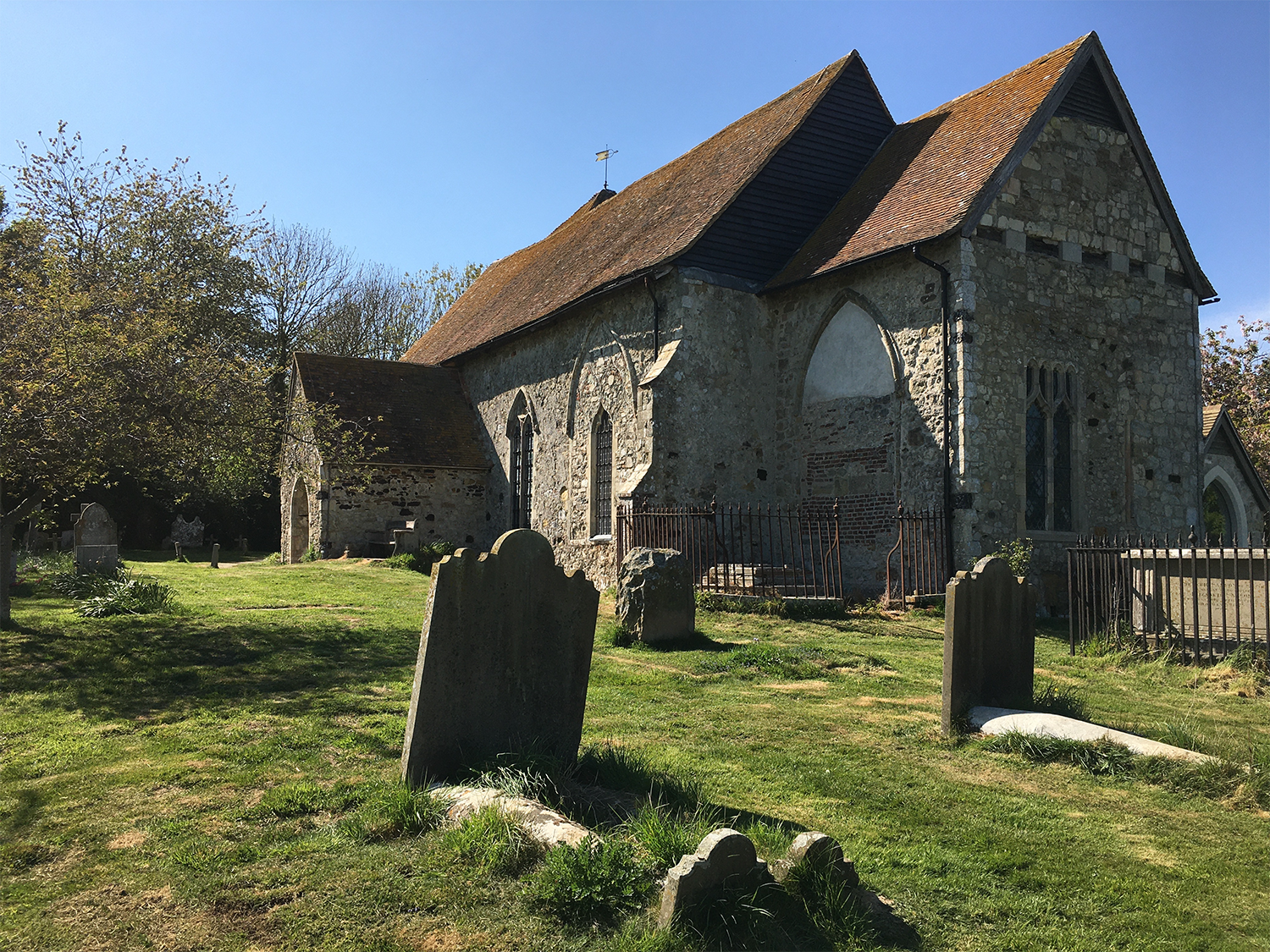